Coffee Table Books - BTSH Around The House Tip of the Week

Choosing Your Coffee Table Books
Match the books to your personality. These books should be a reflection of you, and your home. If you’re a fun-loving person that enjoys decorating in bright, primary colours, why not include a Dr. Seuss book, such as “Green Eggs and Ham”? Books with illustrations are always a great idea, such as photography or art books, or perhaps a book on your favourite musician. Another idea would be a book of riddles—these never fail to entertain!

If you’re more of a scholar, scan the reference section at your local bookstore for inspiration. Consider books such as Webster’s Dictionary, or Volume A of the Encyclopaedia. If anyone asks where the rest of the collection is, tell them that don’t want to buy the next volume until you see how the first one ends, or it will ruin it. Another idea would be a book of poems from your favourite poet, or The National Geographic Image Collection. 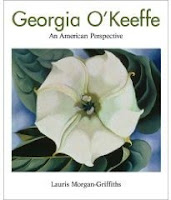 Have a large table? Buy a large book! Some books are simply meant to be viewed in a large format, so find an educational book such as “The Times—Concise Atlas of the World”, or a beautiful art book, such as “Georgia O’Keefe—An American Perspective”, a collection of some of the most iconic and significant artworks of the 20th century.

What’s On My Coffee Table? (well actually, it’s an ottoman)
This Little Piggy Went To Prague by Amy Allen — this is the latest addition to my collection. I picked it up at a little bookstore in St. Jacob’s, and it contains a fashion forward spin on classic nursery rhymes. 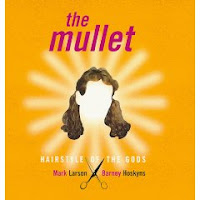 The Mullet, Hairstyle of the Gods (Mark Larson and Barney Hoskyns) - Given to me by my brother several years ago, I never get tired of this one. The book gives the history of the “mullet” hairstyle through the ages, including images and illustrations of the various styles, and the celebrities that wore them.

The New York Bartender’s Guide by Sally Ann Berk — Being a bartender myself, I seldom use this book for actually finding cocktail recipes, but since I do stock an extensive bar, it does come in handy at gatherings when a guest requests an unusual drink, or wants to try their favourite liqueur in a new way. This allows them to do some experimenting, and keeps me from playing bartender all night.

He’s Just Not That Into You, by Greg Behrendt and Liz Tuccillo — The book that inspired the movie, I fell in love with it after the famous Sex and The City episode that inspired it. Greg was a consultant on the show, and Liz a writer. Written as advice-seeking letters to Greg, the two explain what a guy is really saying by his actions.

Email ThisBlogThis!Share to TwitterShare to FacebookShare to Pinterest
Labels: ath, beyond the stage homes, BTSH, coffee table book, entertaining, he's just not that into you, home staging, kitchener, kw, redesign, the mullet, this little piggy went to prague, waterloo

Spam comments will not be tolerated and will be deleted.